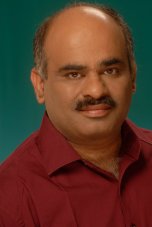 Devanshu Narang has been a natural leader, a strong motivator and an excellent communicator, all his life!

Today he spends his professional time in providing Business consultancy and advisory services in the field of Supply Chain Management, Business Operations and Analytic in diverse industries including Apparels & Textiles, Real Estate, Retail, Hospitality, Mortgage financing and can also assist in many others with his vast experience.

Born to middle class parents, Devanshu‘s journey started from a small but educationally vibrant town of Dehradun, India. He did his schooling from St. Joseph’s Academy where he excelled as an ace debater, a smart student and a leader. And then he went to I.I.T. Bombay, one of the top engineering institutions in the world, to do his graduation in Mechanical Engineering. I.I.T. Bombay not just helped him in developing an analytical mind but also enabled him to showcase his talent in various extra curricular activities like organization, dramatics & creative writing.

In July 1989 he joined HCL the leading computer hardware company of the times and started his corporate journey. Since then, the past 27+ years of his work life has been spread over various countries including India, Indonesia, USA, Canada and China and in diverse industries including apparels and textile,  retail, hospitality and travel, real estate, finance, auto components, watches, bicycles, cold rolled steel, air conditioning, computers and office automation and media and film making. Besides HCL he has worked in the leading companies of corporate sector including Gabriel -Anand group, RMI, Vardhman, Kewalram Chanrai group, Shahi Exports, Gokaldas Exports & Ginni Filaments.

His ability to succeed in the face of extreme adversity was visible when within three years of arriving in Canada as a landed immigrant, he was selected as among the TOP 75 IMMIGRANT to Canada IN 2013 by the leading media group (Toronto Star) and bank (RBC) of Canada.

He had arrived in Canada in August 2009 and immediately started a company Mood I Limited which took over the business of a gas bar and convenience store near Guelph Ontario in December 2009. Within a short span of two years, in March 2012, the business was rated as one among the Top 5 Grand slam convenience businesses in Canada and the Number one in Ontario by the leading magazine of the trade. Devanshu’ story as a relationship expert and a leader was an inspiration for new immigrants.

In July 2010 Devanshu got into the hospitality industry by buying a small motel in Niagara Falls and achieved great success in the trade. In June 2012, he bought another bigger property Advantage Inn, Niagara Falls followed by a 120 room Travelodge Bonvaenture, Niagara Falls. He was immensely popular in the city among the fellow hotel owners and was elected as the President of the Niagara Innkeepers Association which represented them at various forums and brought real changes to the difficult conditions faced by them. He was always available to support them for any small or big cause.

He also ensured that he was professionally qualified in handling the issues of small businesses and in Canada he is a licensed Real Estate Broker and runs his own brokerage, Mood I Realty & Business brokerage and provides Real Estate, business and financial consultancy to individuals and companies.

Since January 2015, Devanshu uses his rich corporate and business experience in providing advisory services to businesses and corporate worldwide in diverse industries including Textile and apparels.

In December 2016, he was honored by the MD, executives, staff and workers of the company for assisting in modernizing their laundry unit and the below pictures speak for themselves for the love and respect bestowed by GEx team in appreciation of his work. 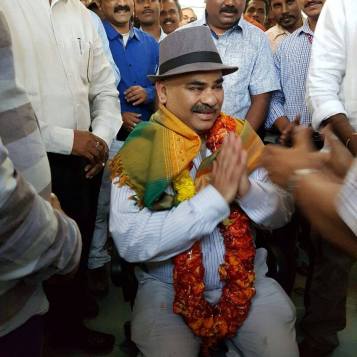 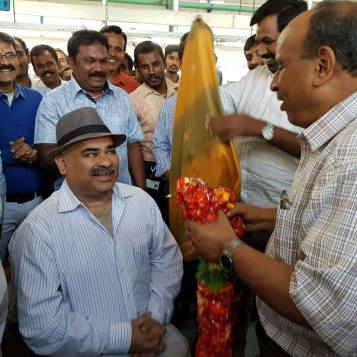 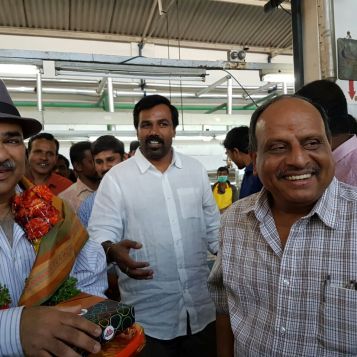 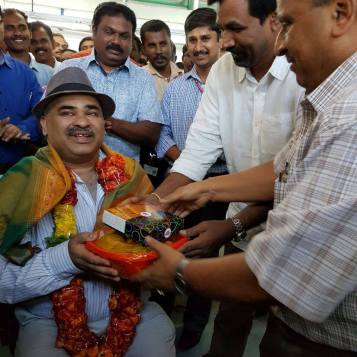 Devanshu provides Advisory and Training services as detailed in the links.

Join the ‘Pursuit of excellence’ with Devanshu as he uses his skills, his out of the box thinking approach, his strong moral and ethical base and above all his spiritual strength to enhance human lives!

and let a visionary ignite new fires and open minds!