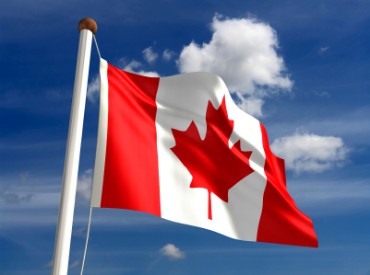 “Hey Dev, what are you doing?”, I asked my five year old son who  had just come back from the school and had not jumped on the bed watching his favourite cartoon network by now.

” I am trying to wash and clean my skin and make it white”,  he answered in the ways of a cold blooded murderer, clinically working on inflicting wounds on his prey.

“But you are rubbing so hard and vigorously and it will cause rashes ! And, and this would not make it white. It will only clean it of dirt that has accumulated while you played outside”, I answered trying to cool down his nerves.

“Then will it still remain dark and they would continue to call me East Indian?”, he inquired almost crying, with his brown piercing eyes soaking with tears.

Something was wrong and the dirt had set right in the mind and not the body is what I could gauge.

” Why, what happened. Sit down and talk to me. Did somebody say something?”, I whispered while slowly bringing him closer and trying to set right his world again.

” Sara and James were laughing at Lee and me today and calling me East Indian and Lee Asian. James said that their parents were talking about us yesterday and said that we have started taking over the big colleges where Didi (elder sister) goes .”,  he sobbed.

Now I knew where this came from. It’s time of the year for University and college admissions and when news comes out calling citizens of our country as “Asians” or “South Asians” taking over the “Canadian” universities, the fire stroked would light all across including the little ones. And the fact that these people, many of them citizens for years, would have taken all steps that they could humanly take to assimilate into the culture and ethos of Canada, by picking up new language, new names which are Canadian, new  occupations unworthy of their skill levels because the same are not recognized here, new and different wardrobe then what they earlier wore, new food habits,…., all amounted to nothing as the colour of the skin still remained the same.

And leaving aside the issue of  these hard working, intelligent , “Asians” or “South Asians” taking over the “Canadian” universities, as that itself is a topic of a separate discussions, what is more important is the fact that an underline current of race still runs in our minds, somewhere deep, somewhere shallow.

That is perhaps one of the reasons why study after study shows that if you have a different name, read Asian, South Asian, … but with same qualifications, you have fifty percent lesser chances of being called for interviews. And we are not even talking selections.

That is perhaps  why places of worship, created in accordance with the law of the land and at places designated where they should be set up are still at times opposed on grounds of differences with the Canadian architecture or culture.

What is the solution? Since this cancer is wide spread some innovative ideas could be considered.

Like refining the flow of future immigrants and restricting it to the people who “look” like Canadians (read Caucasian for clarity).

Like bringing in a bill and “officially” declaring places like Brampton, Richmond Hill, Markham as ghettos where and where “only” the  “Non Canadians look alikes” should live and clean all other towns, universities,  and offices of this undesired diversity.

Like recommending to the team of doctors who are working on converting skin into blood to direct their efforts to a more useful work of pigment and skin changes so as to permanently make “Non Canadians”, look like “Canadians”.

OR SHOULD WE FOR ONCE TRY A MIND CLEANSING, SLEEP WELL ONE DAY AND GET UP NEXT DAY, A NEW PERSON LOOKING AT EACH OTHER AS HUMAN BEINGS COMPRISING OF SIMILAR ORGANS, BLOOD, WATER, AIR, SHARING COMMON DREAMS AND THOUGHTS FOR OUR LAND???

Can it be done? DO YOU WANT IT DONE?

In your answer lies the future of Canada of our dreams!!!