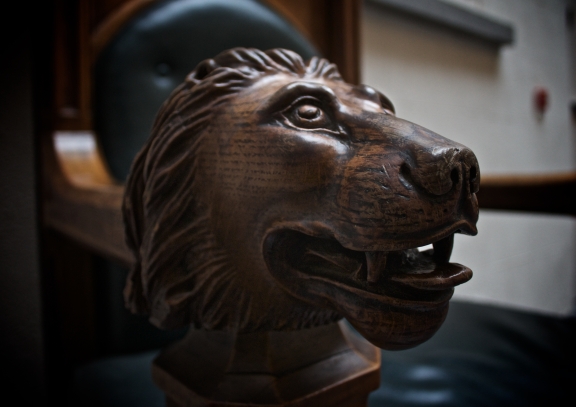 Whenever I decide that I would not write any further on racism in Canada, Canadians graciously come forward and make me encounter some more horrors forcing me to pick up my pen again.

Just last week, a regular White customer who had been staying at our motel, came to extend his stay and asked for discounts. My wife smilingly told him that she was the Boss and that he needs to speak to her for discounts. He laughed aloud, picked up his shoe and pointed it towards her while saying that this is what her husband will show to her after he leaves for uttering such words. After I got out of my shock, I realised that the husband so referred was supposed to be me and he actually showed the shoe to my wife, in my presence, something she would have never ever seen in this world from anyone.

After getting the rightful hearing from me, he was shaken but still believed that it was the common norm amongst Pakis , meant South Asians like me, back home in our country and that we were only acting civilised in his country.

I knew I was breaking my head against a wall which had so much graffiti written on it that it had started well and truly believing in it as the commandments of life. Disgusted, I let him go.

Then a lady posted a purely racist comment based on our colour on our motel’s web page on Booking.com/ Priceline.com.  I was taken aback but then realised that a civilised society like Canada,  accepts racism as a way of life !

When I raised the issue with Booking.com/ Priceline.com, I got a reply from their Toronto office, regretting that the comment appeared on their site with a promise that the same will be removed by the end of the day.

What brought despair to me was the response got next day from them that their European masters, did not find the comment racist enough to be deleted and felt that it should be allowed to be continued as they respect freedom of speech of their guests.

So a person can label South Asians as smelly people  because of the food that we eat and the same is acceptable to European sensibilities !

An educated Canadian can only think of us as belonging to primitive society because of our colour !

When I was in India, I used to read about caste system being a bane which India had been fighting for generations with education and knowledge. Personally I was brought up in an environment where that was never an issue and where we respected everyone with the dignity that they deserved. It was in fact painful for us to even imagine that people could be called inferior due to their caste and we felt that such divisions belonged to the rural or semi-urban illiterate India where politicians and religious leaders used it to continue with their stronghold.

I always thought that education brings civility in the society and one of the reasons I moved to the West was because I thought that here there will be no discriminating divisions.

What I see here are ghettos not just of physical spaces but also that of  the mind and a primitive society wherein a superiority complex is still prevalent in the majority White community.

What is that makes these people feel superior over coloured people?

What is that makes them deprive people of their basic respect and still call their society civilised?

The people here will leave all scruples aside for making money the easy way, have serious issues of colour and religious discrimination, have amongst majority of them one or more broken relationship in lifetime and sometimes as many as the number of houses they change in their lives.

This society is one where human relationships are going through a major crisis, where sex and sex toys are like commodities sold in shops, where guns are a status symbol,  where minorities are only used as vote banks  to be tapped, where White youth killing others with loaded guns is considered a case of angst or at worst psychological disorder while a brown youth even attempting to show his anger is branded a terrorist. And  we call this civilised society !

If we, the people of South Asian origin are from a primitive society, then we are happy to be one, for the civility that we learnt of not showing the shoe back to the person for what he did. At least we still give respect to all, even if we can see through their facade and can feel the demon hiding behind !