Beyond race and color 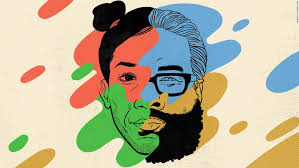 ‘Dad so what position should I stand for- President, Vice President or the Secretary?’ My son asked after returning from his middle school (Grades 6th-8th) in Tenafly, New Jersey, USA after an exciting day at school where the elections to the new council were announced.

The year was 2009, my son was in grade 7 and we had relocated to USA just a few months back from India. This was a rich, White dominated neighborhood. It was the duty of any educated Desi parent to move to the best school district which more often than not was also one of the richest and we were no different while choosing Tenafly school district which was ranked among the top three in New Jersey.

And here he was only months into a new community, a new school and a new country, ready to stand for elections and asking me for my advice.

‘So what do you want to stand for and what are your chances?’ I wanted to know what was going on in his mind before I volunteered with my opinion.

‘I think I should be President but since I am a new student and people don’t know me, I am planning to stand for Secretary. And maybe being brown…..’.  I stopped him before any inhibitions came to his mind.

‘Son, if you think that you should be President then that is what you should stand for. Never compromise on your dreams because of any perceived limitations. Prepare your speech, give your level best and let the best boy or girl win.’

At the age of thirteen, children believe in their parents even if parents themselves do not believe in everything they say. Thankfully my son followed the rule, believed in me, wrote his election speech and went out to deliver it in front of the school assembly and nine other competitors who stood for the President.

I understand he was the only colored boy among them. I did not expect much but was happy that my son was trying.

When my son came back from school elected as the new President of the school council winning hands down by a thumping majority, more than him, I learnt my first real lesson in North America.

Over the last decade in USA and Canada, working in companies, building and running small businesses, working as an actor in TV and films and being a normal, law abiding citizen, I have come across far too many incidences of racism.

I try to be color blind and to be positive but alas I cannot change the color of my skin and unfortunately a pot bellied, middle aged brown man is not a receptive site to many fellow residents.

I have been called names including off course a Paki, spitted upon and almost run over, have never been called for a decent job interview despite my qualifications and experience and have been forced to go into my shell umpteen times. There have been far too many incidences to tone down on my own color blindness and shred to pieces the views that I shared with my young son.

Up until this last week.

Just about six months back, I started doing a new work which not only satisfied my creative needs but also kept me busy. However like any other industry it also brought its fair share of problems especially for ordinary workers like me and to work to eradicate some of these concerns, when the caucus elections were announced, I decided to participate and be the instrument of change that I desired, myself.

I decided to stand for the President directly but when I went in for the Union meeting, all except two besides me were White. I knew just one or two people and yet I volunteered to stand for the election, gave the customary two minute speech to share my thoughts and action plan and then waited votes to be counted and the results to be announced. Lo and behold, I was elected the President of this Union caucus for the next two years!

The wheel had turned one full circle. I was back to where our journey started in North America with my son. With hope, excitement, positivity and a belief in humanity. That humans are capable of looking beyond the color and reaching out to the soul. That it is only our thoughts that make us lose our self-belief due to our color and that before we try and bring change outside, we should conquer our own fears and free ourselves from negativities. That this is 2018 and a new world and despite attempts by a few and sundry to instill hate and fear, mankind is capable of breaking the shackles and provide justice, equality and dignity to all.

I share this today my friends because the world is more positive than we imagine. It is our own negativity that we have to conquer.

Oh spirit, go kiss the world and spread love and acceptance. In that lies your true mission of life!